our competence, your confidence

We are breeding, building up, selling and buying sportshorses for jumping, hunter and equitation. If you do not find the horse you are looking for on our website, contact us.We will get the horse according to your needs and purposes. 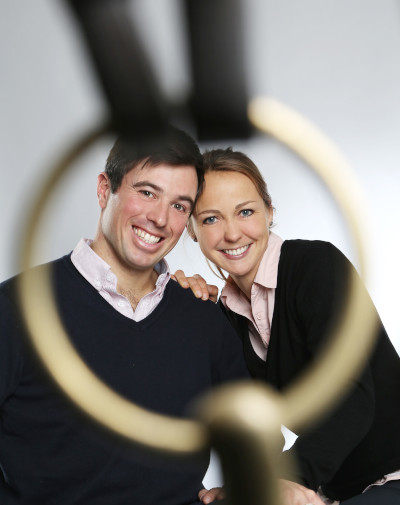 We are a motivated and open minded team with different experiences and points of view.

We are looking forward to advising and supporting you to find your fitting horse, to sell your horse or to build your project.

Our clients are like partners for us. We always back our sales.

Great infrastructures and relaxed and inspiring daily work are crucial for rider and horse training. 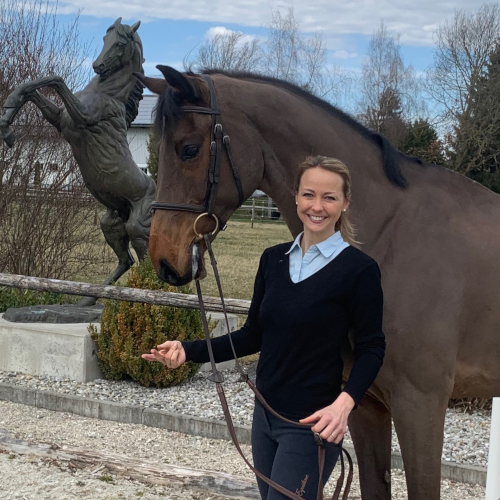 Master Degree in horse management with „Stensbek“ award (Pferdewirtschaftsmeister) and owner of Golden Riding Award is the youngest of 3 kids of a rider family. After concluding a graduation in the business area, she decided to change her career and passed with “Stensbek” the exam to be a professional rider (Pferdewirt Schwerpunkt Reiten).

Verena has been self-employed since 2008, first in cooperation with her parents Günther and Margret in the family stable. Responsible for the international market and showing and building up the horses.

The training of young showjumpers up to higher classes is Verena's main focus. 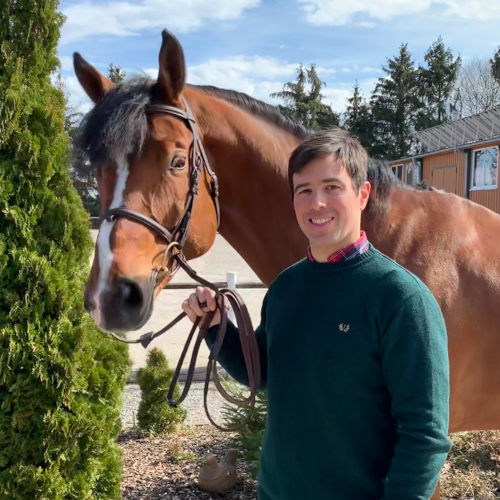 Started to ride at 6 years old at Jockey Club, Lisbon.  While young rider, he was called to be part of the Portuguese team representing Portugal in the European Championship For Young Riders.

When finished university, he started to work both as a Veterinary and as a Professional Rider. He worked on his own, running a training stable and a reproduction stable, where he had stallions like C-Indoctro II.

Later on, he worked in France with the Olympic Rider Miguel Faria Leal. Afterwards moved to Germany, where he worked as an employee in some stables, then he started to work on his own in Munich, where he met his future wife. Then, he gave up his business in Munich to work with his wife in the stable that belongs to Verena’s family.

Ricardo has trained several horses and riders up to higher classes.Placements up to CSI**.